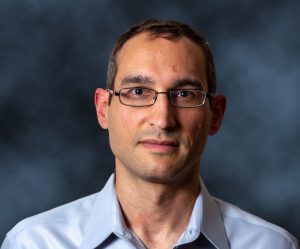 Demetrius was driven to become an engineer from a young age, designing submarines, bicycles, and airplanes in his spare time. This passion led him to pursue dual degrees in Mechanical and Aerospace Engineering. While in college, Demetrius served as a teaching assistant at the senior design laboratory where he trained seniors in the use of machining equipment and made parts and equipment for faculty. His time spent in a machine shop proved formative in his understanding of how things get built and the importance of integrating design with practicality.

Demetrius was approached by the Navy to join the Nuclear Propulsion Officer Candidate Program due to his strong academic performance. Seeking a change from his academic focus on aerodynamics and mechanical design, Demetrius saw an opportunity to use his knowledge to serve his country and joined the Navy. Demetrius first served as Communications Officer and Assistant Operations Officer on an independently deployed platform performing counter-narcotics operations. During that tour he qualified as a Surface Warfare Officer and had the opportunity to participate in UNITAS as an Officer of the Deck and as a conning officer during testing in the AUTEC range, actively persecuting submarines during training for Prospective Commanding Officers.

After completing training at Naval Nuclear Propulsion School and Prototype, Demetrius reported to the USS Enterprise as a mechanical division officer for one main space and the two auxiliary machinery spaces. There he oversaw three divisions of sailors and was responsible for the operation and maintenance of equipment ranging from steam turbines to water purification equipment. After two deployments on the USS Enterprise in the Middle East and Asia, Demetrius qualified as Engineer at Naval Reactors before resigning his commission.

Demetrius sought out a new challenge that would allow him to experience a broader scope of engineering, and took a position at MPR Associates. With his experience managing high functioning teams coupled with his technical knowledge of fluid dynamics, he was provided the opportunity to work in wide ranging projects including safety analyses for commercial nuclear plants, regulatory reviews of safety systems, design of medical devices, complex thermal and structural finite element analyses, and project and program management. During this time Demetrius had the opportunity to work with incredible engineers in an environment that rewarded his integrated approach to engineering.

More than the engineering work, Demetrius realized that he enjoyed mentoring and growing teams that execute complex projects. Defining difficult to define problems, formulating a plan for its solution, and leading a group of talented engineers executing project objectives became Demetri’s calling card. His expertise in project management coupled with his strong technical foundation made him sought after for projects that required this unique blend of capabilities.

After more than ten years with MPR Associates, Demetrius Siachames left to pursue his dream since college of creating an engineering company focused on integrating various disciplines to create innovative solutions to the world’s most complex problems. The result is Sigma Expert Solutions, a company founded on the principle that engineers armed with the right skills, tools, and relentless curiosity will positively affect the world.